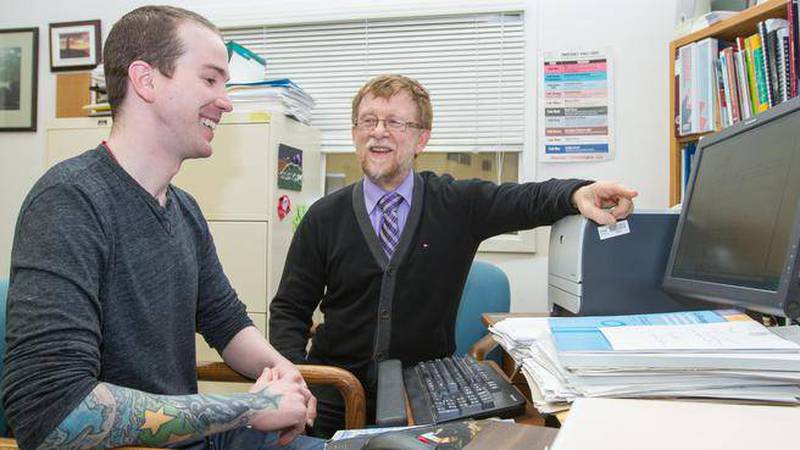 With his engaging personality, positive outlook and ability to make the best of adversity, Luke Doyle could be an inspirational speaker. But five years ago, Luke’s life nearly came to an end.

In July 2009, he was riding his motorcycle to Rainbow Haven beach with two friends when an SUV did a U-turn and hit his bike. He survived the accident, but was left legally blind, in hospital for a year and forced to undergo countless surgeries to repair his severely damaged body.

Having made remarkable recoveries thanks to his family and friends, his medical team and his inspiring inner strength, Luke is ready to consider re-entering the workforce. For that, the 32-year-old former motorcycle mechanic thanks Brian Tapper, the QEII's vocational counsellor.

“I definitely would not be in this position without Brian,” says Luke.

About a year ago he went to Brian’s office at the QEII's Nova Scotia Rehabilitation Centre to see how he could get back to work. “I just figure that you’ve got to do something. Life is pretty short. After going through what I’ve been through it focuses you a bit more.”

Going back to his old job wasn’t possible. The accident not only left him legally blind, but also left him unable to stand for a long time and without the full use of his hands.

“I was always a fan of working with my hands and engines,” he says. “It was tough to know I can’t do that anymore.”

Through career and interest testing, Luke and Brian explored other options. The idea of helping others surfaced. Brian encouraged him to set small, realistic goals and to start volunteering. Luke now volunteers with patients at the QEII's Rehab Centre and also helped start a youth pain clinic. His goal this summer is to enroll in a writing course. In January, he plans to start taking foundation courses leading to a social work program at university. “I’d love to help someone like Brian’s helped me,” says Luke.

What is a Vocational Counsellor?

With referrals coming from doctors across Capital Health, Brian sees everyone from those who have spinal cord or head injuries to those who have suffered a stroke. His first step is to determine whether returning to an old job is possible. “There is usually a fair amount of loss, loss of income, loss of role. Often they are discouraged,” says Brian. “We focus on their skills and their abilities and how we can move them in a different direction.”

While he might work with some clients for as little as one hour, for others it could be over six years. “It often boils down to finding resources for a client,” he says. “You’re always prospecting in the system trying to find the supports.”

Supports range from finding funding for a customized stool so a teacher with chronic pain can return to the classroom or connecting an engineer who is no longer able to write with Dragon, speech recognition software. Brian also works closely with community partners Workbridge Association and Team Work Cooperative to get people back into the workforce.

Always looking for new opportunities for his clients, Brian found one in 2004. When the cafeteria in the QEII's Rehab Centre closed, he saw it as a great training space for people with physical and cognitive disabilities. In partnership with Easter Seals Nova Scotia, New Leaf Café opened in January 2004, providing up to eight clients a year with supported employment.

“When you see people come out on the other end and achieve something,” says Brian. “I do my little happy dance.”

Brian has been a member of the QEII Foundation’s Rehab Endowment Fund Committee for over 15 years. 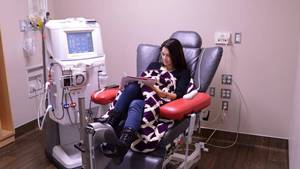 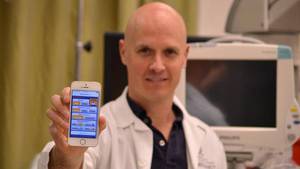 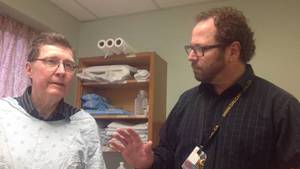