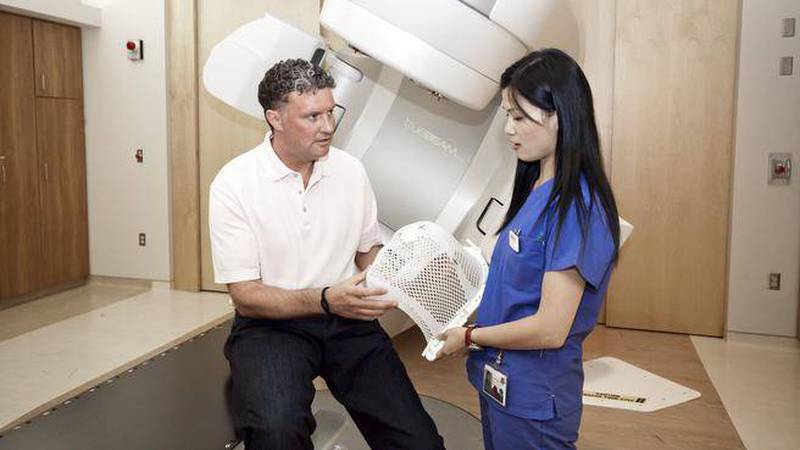 Anyone who has faced a cancer diagnosis knows that dealing with the disease takes courage and focus. For the patients who take part in clinical trials conducted at the Atlantic Clinical Cancer Research Unit (ACCRU) at the QEII, fighting cancer means fighting the battle for everyone.

Located at the QEII’s VG site, ACCRU coordinates 25 to 35 trials at any one time across all cancer specialties –medical, radiation and surgical. Potential candidates for clinical trials are identified by their cancer care oncologist and nursing team and, if there is interest in learning more, patients and their loved ones meet with an ACCRU team member. At that point there is a full discussion about the implications of a clinical trial, the possible treatments involved and all questions are carefully answered. If the patient remains interested in this treatment option, further tests are carried out to make sure he or she qualifies for the study.

“Most of the patients we approach are very positive about the idea of taking part in a clinical trial,” says Dr. Daniel Rayson, ACCRU’s director and a medical oncologist at the QEII and Dalhousie University School of Medicine. “Some patients are extremely motivated. They come to us asking for trials.”

Dr. Rayson says that taking part in trials is not easy. For patients who live outside of Halifax it can mean a lot of traveling and time away from home and family at a particularly difficult time in their lives. “It’s a very personal decision and every decision is supported. There are no negative implications for their care. It’s an additional possibility for a patient to consider. For patients with certain cancers, clinical trial therapy offers the best treatment option and sometimes allows for access to cutting-edge treatments that are not funded by the province.”

Once a clinical trial begins it continues as long as it appears to be effective, side effects are minimal or manageable and as long as the patient desires to continue. A patient may withdraw from the trial at any time for any reason.

Dr. Rayson says that taking part in a clinical trial doesn't mean patients are gambling with his or her cancer treatment.

“Many people have the concept of trials as experiments, but it’s very important to stress that any treatment that comes through clinical trials and involves patient care is built on previous data to make sure the medicines are safe and potentially effective.

“This data is considered at many levels, including Health Canada and the Research Ethics Board at the QEII. Many of the treatments are based on earlier trials that suggest the treatment being studied may lead to better outcomes or have fewer side effects than standard treatment. The only way to learn if that is true is through clinical trials. It’s not an experiment. Everyone gets at least the standard treatments for their condition in addition to the trial treatment.”

Dr. Nathan Lamond is a medical oncologist with the QEII and a member of ACCRU. One of his research interests is pharmaco-economics, the study of the economic side of cancer care, identifying cost effective therapies that provide the best treatment benefit for the cost. “A lot of the technologies are becoming more expensive,” he says, “so identifying the areas that provide good value for money is important in order to maximize the benefit provided to patients.”

Dr. Lamond says the research that ACCRU carries out is vital to the advancement of cancer treatment.

“Recently the treatment of cancer has branched out into newer fields which have come about specifically as a result of clinical trial participation by cancer patients. Today we not only have traditional chemotherapy drugs, but we also have hormonal medications and new targeted therapies that are often in pill form. These advances are only possible through active research.”

ACCRU receives support from the QEII Foundation including a recent generous donation from the Hill family of Halifax in memory of the late Ian Hill.

"My husband received excellent care at the QEII and as a result, I was inspired to give," says Margaret Hill. "Without clinical trial research, none of the important advances in cancer treatment would reach patients and their families."

Dr. Rayson says that he has seen enough advancement in cancer treatment during his career to keep everyone at ACCRU enthusiastic and working hard.

“I finished my training in 1998 at the Mayo Clinic in Rochester, Minnesota. In 2014, cancer treatment is light years ahead of where we were then. When I finished my training there was one single treatment for colon cancer that had spread. Now there are four or five and average survival times for those with metastatic disease have at least tripled. For lung cancer there was one type of chemotherapy. Now there are at least half a dozen pill-form treatments that have allowed patients to not only live longer, but much better, by avoiding chemotherapy side effects. All these advances have come through patients being a part of a clinical trial.”

“It’s very encouraging but it’s never enough. There are still individual patients and their families that we can’t do enough for. That’s what keeps everyone working here at ACCRU. We still have a lot to do.” 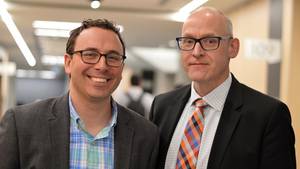 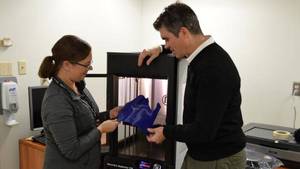 Healthcare professionals are always striving to improve three main areas: quality of care, efficiency of care and patient experience. At the QEII...