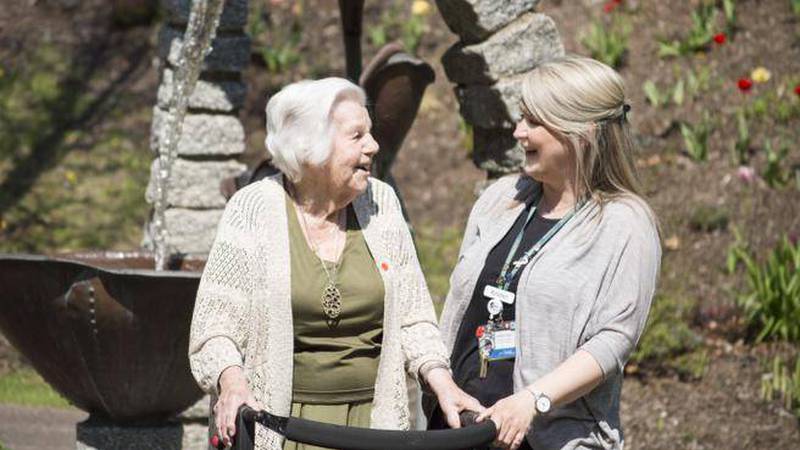 Behind the doors of Camp Hill Veterans Memorial Building at the QEII Health Sciences Centre lies a remarkable history. Currently home to 175 veterans, with an average age of 92, the facility will celebrate 100 years of supporting residents diverse in life experiences, but united by their service to our country.

During the First World War, the Military Hospital Commission in Canada determined it would build military hospitals across the country to provide medical and supportive care to returning soldiers.

Camp Hill Hospital opened its doors in the fall of 1917, and although meant as a temporary hospital, it has remained crucial throughout the past century, continuing to provide support during the Second World War and Korean War and in the years that have followed.

“They identified a need for a new military hospital in Halifax to care for the number of wounded veterans returning home to Nova Scotia and Camp Hill, which has military references going back to the 1700s,” explains Heather White, director of Veterans Services at the QEII.

Only months after opening, on December 6, 1917, the city was devastated by the Halifax Explosion. Camp Hill played an extraordinary role in response efforts. Originally built to care for 225 soldiers, within the first 24 hours following the explosion it cared for 1,400 of the most critically injured.

“Because of its location on the hill, it didn’t have the physical damage of the fire,” Heather says. “Soldiers gave up beds and medical staff worked without relief until people could come from away to help.”

By 1928, Camp Hill’s care expanded to provide residential care to veterans. The passing of 100 years comes with a shift in the type of support needed from a rehabilitation focus right after the war to caring for an aging generation of veterans today — but it still strives to provide the highest quality of care to veterans in recognition of their service to the country.

One such servicewoman is 99-year-old resident Margaret Guildford, who has been living at the QEII’s Camp Hill for a little over a year.

“They wouldn’t let me in the Army. I was too young. My friend and I left for relief efforts after Pearl Harbour and I ended up in Europe as a volunteer nurse with the American Red Cross in 1942,” recalls Margaret.

“Within one year, I met a doctor from Toronto who asked why I wasn’t in the Canadian Army. I told him my story and he said he knew the matron. The next day, I reported to her.”

Margaret married a soldier from Halifax and became part of Camp Hill’s history.

“I volunteered here before this building stood,” she says. Eventually, she would become president of the Nursing Sisters Association at Camp Hill for 10 years.

The QEII’s Veterans Memorial Garden, a gem of Camp Hill, came to fruition with commitment and fundraising efforts led by Shirley Robertson, a former resident’s wife, in collaboration with the QEII Foundation. The relaxing and safely gated atmosphere houses many social events and five commemorative celebrations each year.

Twice a year about 80 soldiers in the Canadian military come to clean and upkeep the Garden.

“The veterans all watch from their windows and comment on how they are doing,” says Heather. “It’s a really beautiful display of support.”

The community continues to keep the Garden growing through donations to the QEII Foundation.

Another notable effort was conducted from former resident Walter Callow’s room at Camp Hill in the 1940s. Among other entrepreneurial projects, Walter saw a need for accessible transportation. This year, Callow Wheelchair Busses, a non-profit organization in Halifax, celebrates its 70th anniversary.

“We are aiming — the plans are still being finalized — that in late September, close to the 100th anniversary of our opening, we will hold a celebration event for veterans, their families, past and present staff, and members of the public with connections to Camp Hill,” says Heather. “We will also be having an event to honour the anniversary of the Halifax Explosion.”

The Camp Hill Centennial Committee is also looking to build a centennial wall, etched with photos and history of Camp Hill.

“It is important for people to know what this building represents. We want Halifax to know more of Camp Hill’s history and those who called it home.” 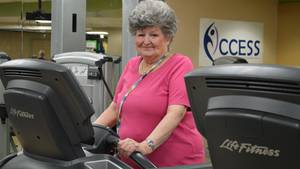 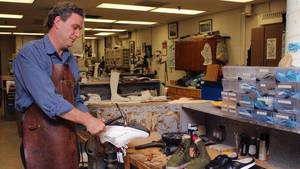 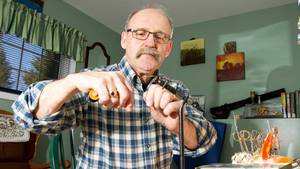