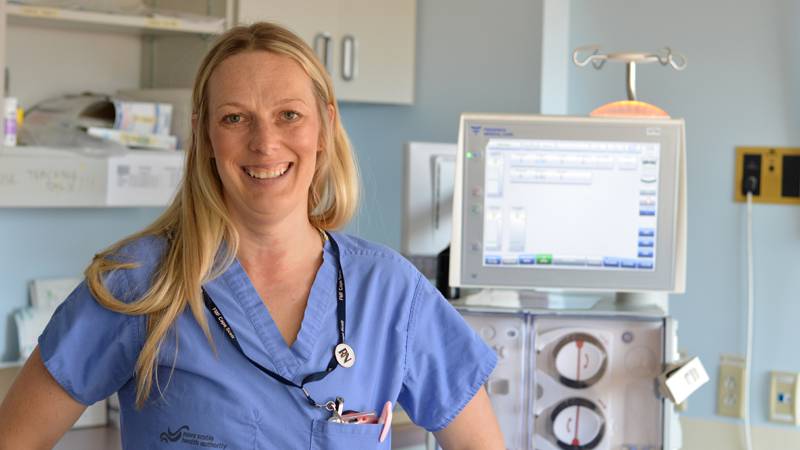 At age 25, Amy Stracey was diagnosed with Cushing’s disease, a very serious but hard to diagnose disease. Following treatment and surgery from the QEII’s endocrinology care team, Amy returned to school and is now a registered nurse. - QEII Foundation

Amy Stracey was a fit young woman in the Canadian Forces when a rare disease turned her life upside down.

Thanks to her strong determination to recover, coupled with the expertise of her medical team at the QEII Health Sciences Centre, she not only made a full recovery, but also returned to school motivated to help others living with health conditions.

“I thought I should be getting stronger, but I was getting weaker,” she says.

Her muscles ached, she had swelling in her body and her face became moon-shaped. She went to see her doctor and he recommended a weight loss program. She persisted, knowing something wasn’t right in her body. She was eventually referred to Dr. Ali Imran, an endocrinologist at the QEII’s Halifax Neuropituitary Clinic.

In 2010, at age 25, she was diagnosed with Cushing’s disease. She was 240 pounds, more than 100 pounds above her normal weight. Until now, she had always been healthy and fit.

“Cushing’s is a very serious disease,” says Dr. Imran. “But in the early stages, it is hard to diagnose.”

It is not a common disease. In Nova Scotia, QEII specialists see between three and five new cases each year. In people with Cushing’s disease, a non-cancerous tumour in the pituitary gland produces too much ACTH, a hormone that causes the adrenal glands to make cortisol. Cortisol is often called the body’s stress hormone.

The disease can go undiagnosed for years and if left untreated, can lead to other health conditions such as bone fractures, diabetes, high blood pressure and even death.

“There are people walking around with this condition who don’t even know they have it,” says Lisa Tramble, a registered nurse in the QEII’s Halifax Neuropituitary Clinic.

Five days after Amy was diagnosed, she went in for surgery. Dr. David Clarke, the QEII’s chief of neurosurgery, and Dr. Emad Massoud, an otolaryngologist at the QEII, performed the surgery endoscopically with an illuminated optical, tubular instrument used to look into the body.

Accessing the tumour through the nose, no incisions were needed. During the surgery, a hole was drilled into the base of the skull to gain access to the pituitary gland. Using a small scalpel, Dr. Clarke removed the small tumour. Given the nature of Cushing’s, tumours can be as small as two millimetres in diameter and hard to detect.

The surgery was a success. Two months later, Amy ran a five-kilometre race in the Scotiabank Blue Nose Marathon wearing a t-shirt with a photo of herself and the words, “Running for Cushing’s.”

Amy was medically released from the military. She lost the weight she had gained and returned to school with the dream of becoming a nurse.

“I knew I wanted a career where I could give back,” she says.

Last year, Amy graduated from Dalhousie University and is now a registered nurse at the QEII’s hemodialysis unit. Grateful for the care she received from the endocrinology clinic, she thinks she might like to work there one day.

“I know I would have to learn a lot,” she says.

Close to 20 years ago, Drs. Imran and Clarke started working closely together, knowing that by combining their expertise they could better serve patients.

“We wanted to provide them with one-stop care,” says Dr. Imran.

Dr. Clarke agrees. Instead of having multiple appointments on various days to different specialists, patients, like Amy, have their diagnosis and medical care coordinated and streamlined to reduce the number of visits and tests required.

As many as 1,800 pituitary patients are followed, providing the doctors with a valuable resource for their research and ability to continually improve the care they provide.

“Our clinic really has become a model for other clinics across the country,” says Dr. Clarke, who co-chairs the Halifax Neuropituitary Program with Dr. Imran.

“We have been a leading centre in pituitary disease in the country over the last decade.”

Thankful for her recovery from Cushing’s disease, Amy is equally thankful for the care she continues to receive from the team at the QEII. 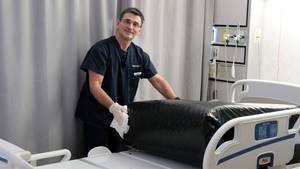 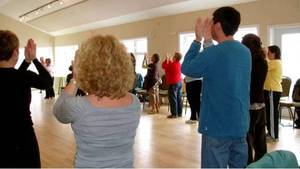 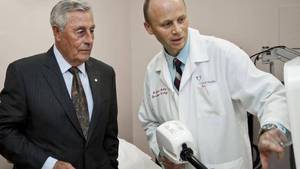 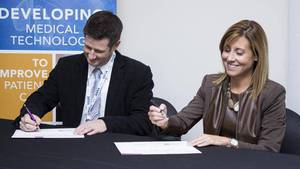