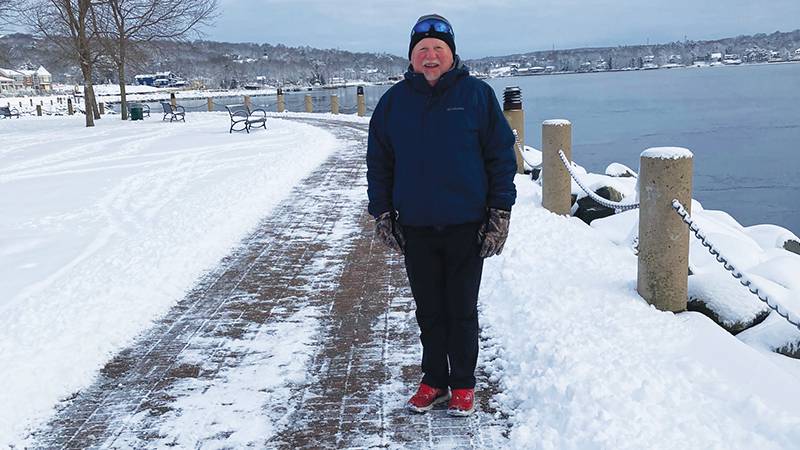 Starr MacMullin enjoys his daily walks along the Bedford waterfront, frequently thinking about the cardiology team at the QEII Health Sciences Centre — a dedicated team he credits for saving his life. – Contributed

On his daily walk along the Bedford waterfront, Starr MacMullin frequently gives thanks to the cardiology team at the QEII Health Sciences Centre — a dedicated team he credits for saving his life.

“Right now, I feel great,” says the 70-year-old retiree whose heart problems started in 2006. “I can live a normal life now. I don’t go to bed worried now about whether I can breathe.”

After experiencing chest pains and feelings of heartburn, he was referred to the QEII, where he got an electrocardiogram (ECG), underwent a cardiac catheterization procedure and had a cardiac stent put in to treat his blocked coronary arteries.

“The people at the heart clinic really changed my life,” says Starr. “Our healthcare workers are wonderful.”

“I am part of a patient-centred team,” says Ashley. “We provide a lot of care and support to patients.”

At the QEII, the cardiology team provides specialized care for people in Nova Scotia and plays a critical role in the QEII’s cardiac and vascular care team. Working with thousands of patients from across Atlantic Canada each year, the QEII’s cardiology technologists conduct stress tests and ECGs, Holter monitoring — a portable device to monitor a patient’s heart for 24 to 72 hours — and work with patients who have implanted devices such as pacemakers.

“We are often one of the first people patients will see in the emergency department,” says Ashley.

Ashley and her team are busy. On average, they do 80,000 ECGs a year on inpatients and outpatients. An ECG records the electrical activity of a heart at rest. It provides information about heart rate and rhythm and shows if there are cardiac arrhythmias (irregular heart rhythms) or evidence of a current or previous heart attack.

At the QEII’s Halifax Infirmary, a group of cardiology technologists have received additional training to allow them to run the only stress lab in the Atlantic region where they can conduct a cardiac stress test without a doctor being present.

Used to measure the heart’s response to physical exertion in a controlled environment, stress tests are performed on a treadmill or a stationary bicycle. The tests can be conducted on people experiencing undetermined chest pains while exercising or at rest, inpatients after surgery, those in a cardiac rehabilitation program or someone who is undergoing changes in their medication.

After the technologist completes the test with a patient, which takes about 30 minutes, they complete and send a report to a cardiologist for review. The process not only frees up a physician’s time to read and confirm reports but gives technologists more independence, says Ashley.

“We have valuable skills and knowledge when it comes to reading electrocardiograms and patients’ bodily responses to conduct safe and effective safe stress testing,” she says.

Last March, when the QEII postponed all elective surgeries and procedures due to COVID-19, Ashley and her team could only perform inpatient ECGs and emergency stress tests. Wanting to continue to help outpatient heart monitoring and prevent huge backlogs, they mailed 100 patch monitors to people at home.

The adhesive patch is a small monitor in a silicone patch that is placed on a patient’s skin, with guidance from Ashley and her team, to record heart rate and rhythm. Results from the patch monitors are then sent to cardiologists for review. Funded through the QEII Foundation’s COVID-19 Response Fund, the patch monitors are one example of how donors played a role in patients receiving care at home during the pandemic.

Ashley is excited to offer cardiac outpatients with improved technology that will further help them monitor their hearts from home, with the recent addition of 100 KardiaMobiles. These portable event recorders enable patients to do a medical-grade ECG in 30 seconds using the KardiaMobile app on their phone.

The results are recorded on the patient’s smartphone and are emailed directly to the QEII’s cardiology team for review. At any time, a patient can capture their heart rate and rhythm, which can help detect, diagnosis and monitor symptoms such as; palpations, shortness of breath, or atrial fibrillation — a potentially life-threatening irregular heartbeat.

The cardiology department at the QEII is the first in Nova Scotia to use KardiaMobiles as a diagnostic tool. 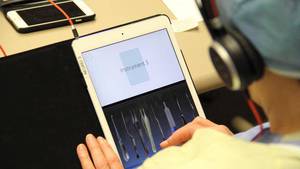 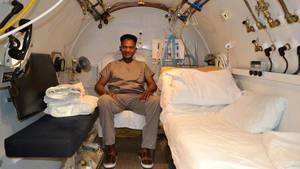 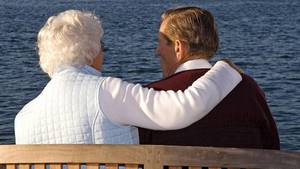 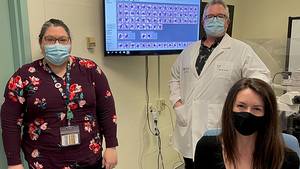