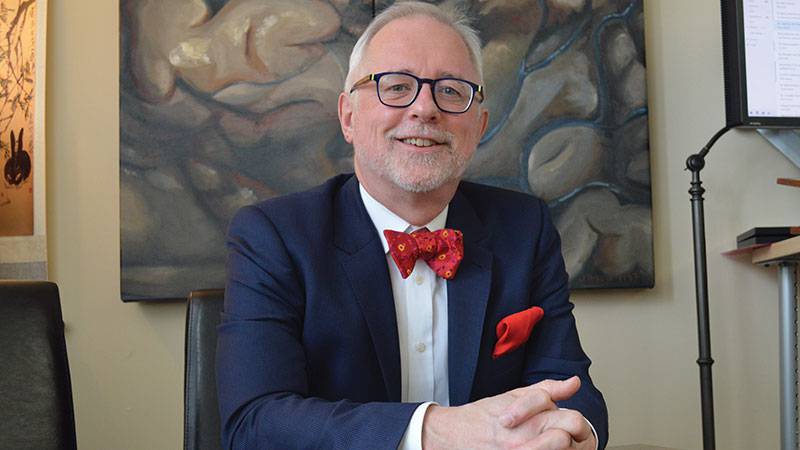 In December, Dr. Kenneth Rockwood, QEII geriatrician, was awarded the 2021 Ryman Prize, recognizing his more than 30 years of research, collaboration, and practical clinical work with older adults. Presented to Dr. Rockwood in a virtual ceremony by New Zealand Prime Minister Jacinda Ardern, the Ryman Prize is for the world’s best discovery, development, advancement or achievement that enhances the quality of life for older people. QEII Foundation

Healthy aging has not always been a fashionable discipline in academic circles, but advancements over the past several decades have demonstrated the life-changing significance of this study.

“There have always been various anti-aging schemes — buy our serum to stay young and that sort of nonsense,” says QEII Health Sciences Centre geriatrician Dr. Kenneth Rockwood. “It has become much more scientific over the years.”

Dr. Rockwood’s research has contributed in no small measure to this increased medical understanding of the aging process. In December, Dr. Rockwood was awarded the 2021 Ryman Prize, recognizing his more than 30 years of research, collaboration and practical clinical work with older adults.

Awarded each year by the Ryman Foundation, the Ryman Prize is for the world’s best discovery, development, advancement, or achievement that enhances the quality of life for older people. The award, which comes with $250,000, was presented to Dr. Rockwood in a virtual ceremony by New Zealand Prime Minister Jacinda Ardern.

It was a long and unlikely road that led Dr. Rockwood to this point. He had never heard of geriatric medicine when he moved to Saskatchewan in the 1970s with a master’s in public administration. His work in that province’s healthcare system sparked an interest in frailty and dementia, which led him to enroll in medical school.

Before the 1980s, the only definitive way to diagnose Alzheimer’s Disease was through autopsy — putting brain cells under the microscope. But researchers were beginning to conduct clinical studies on living people exhibiting dementia, and the findings did not always correlate with the posthumous results.

“There was a mismatch between what the pathology showed and what the clinical picture showed,” Dr. Rockwood recalls.

He was still pondering this discrepancy when he came to Dalhousie in 1991. He took part in the Canadian Study on Health and Aging, which followed more than 10,000 elderly Canadians between 1991 and 2001, collecting a wide range of information on their changing health status, as well as intellectual, emotional  and cognitive functioning.

“We now understand that there are a few core features that happen with any aging biological system,” Dr. Rockwood says. For example, proteins can fail to retain their shape and misfold, which affects their function. The tail end of chromosomes, called telomeres, shorten as people age and can no longer replicate. Nutrient sensing becomes less effective.

In 2010, Dr. Rockwood received funding for a study that asked if frailty and dementia were connected. The study sought to uncover if that connection might be the cause of the mismatch between the neuropathology and the clinical diagnosis.

“It was very satisfying to see the two strands — frailty and dementia — coming together,” he says. “It proved to be a very fruitful line of inquiry. It turns out that frailty is an important contributor to dementia in a specific way. It was this body of work that came to the attention of the Ryman Foundation.”

Dr. Rockwood’s research incorporated data from a range of sources, including geriatricians, dieticians, neurologists and psychiatrists, and it led to the creation of the clinical frailty scale, which is now used in hospitals and long-term care centres around the world.

The scale was developed in conjunction with mathematician Arnold Mitnitski, who passed away in 2021. Their system gives symptoms of frailty a numerical ranking, with a lower number being less severe.

“It shows the typical way that aging manifests itself.”

The Ryman Prize also recognizes Dr. Rockwood’s contribution to combating ageism in health care by helping to debunk misconceptions that cognitive issues and frailty are a normal part of aging with limited treatment options.

The Ryman Prize attracts a world-class field of entrants each year, with the winner chosen by an international jury of experts from across many disciplines.

One of Dr. Rockwood’s mentors in his early years was the pioneering geriatrician and gerontologist Dr. John Brocklehurst. He quotes Dr. Brocklehurst on the art of aging gracefully.

“Do it with a deep well of equanimity,” Dr. Rockwood says. “You have to give it your best shot but understand that you cannot do things as well as you did them years ago. You have to resist it and accept it at the same time.” 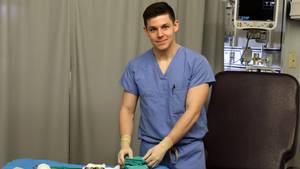 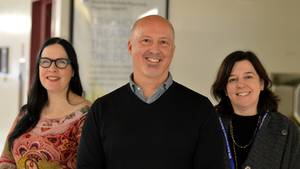