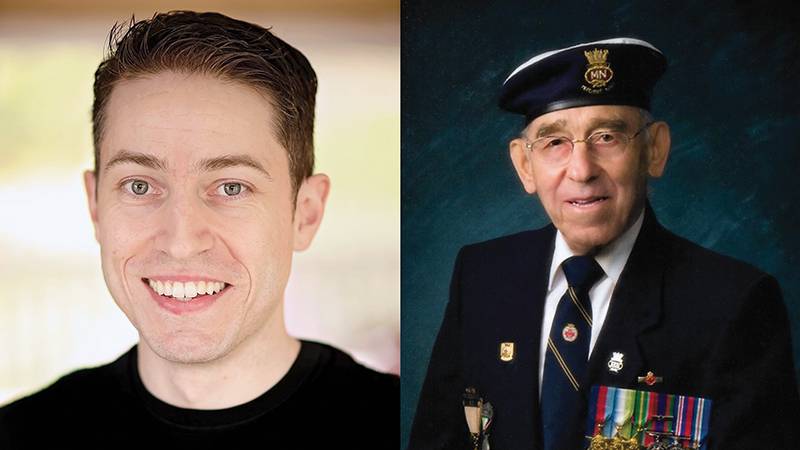 Dr. Abraham Nunes (left) is working toward a future where patients living with bipolar disorder can be treated in a more precise way. His work has been supported with funds from the QEII Foundation’s Ruth L. Wagner Memorial Endowed Fund, set up by Capt. (Ret’d) Earle Wagner (right) in memory of his late wife’s struggles with bipolar disorder. Contributed

When Capt. (Ret’d) Earle Wagner’s wife died in 2007 from acute leukemia after decades of suffering from bipolar disorder, he knew he had to do something to help alleviate the pain caused by the mental illness.

He established the Ruth L. Wagner Memorial Endowed Fund in 2011 with a $50,000 donation to the QEII Foundation, which was generously matched by Dalhousie University’s Department of Psychiatry. Each year, medical students, residents and fellows can apply to the fund to support their research to advance the treatment and care for people like Ruth, who are living with severe mood disorders.

“I hope it does some good,” says Capt. Wagner. “She lived a miserable life. I saw what she went through; I would call it hell.”

Dr. Abraham Nunes is certain the fund is doing some good. With its support, he is working toward a future where patients living with bipolar disorder can be treated in a more precise way, to better alleviate the crushing symptoms of the disorder.

“Bipolar disorder can range anywhere from one to 2.5 per cent of the population,” says Dr. Nunes, who will begin his role as assistant professor of psychiatry at the QEII’s Mood Disorders Clinic in July 2021. “It is a very serious illness. It can be managed but it does require quite a lot of care.”

Dr. Nunes was a senior resident in psychiatry at the QEII Health Sciences Centre, with a background in business and computer science, when he received funding from the Ruth L. Wagner Memorial Endowed Fund to conduct several studies and publish his research through Open Access, an online service that makes research more easily accessible.

Dr. Nunes delved into the heterogeneity — or diversity — of psychiatric disorders and developed a unique technique for how it can be measured. He found that not everyone who has bipolar disorder has the same pattern of symptoms or gene differences, and discovered there is much diversity within one disorder.

“We might not be looking at a single condition, but many different conditions,” he says.

By being able to measure diversity in disorders, such as bipolar, medical scientists will be better able to study how this diversity arises and, from there, develop more accurate tools for personalized diagnosis and treatment.

By using the heterogeneity measurement technique that he developed, Dr. Nunes was able to develop a genetic prediction model to identify which individuals with bipolar disorder would respond well to the drug lithium, one of the most commonly used medications for treating the mood disorder.

“But only 30 per cent with bipolar will actually respond remarkably well,” he says.

For patients whose clinical presentations include features that are highly predictive of lithium response, Dr. Nunes will recommend the medication right away. For those patients who fit the pattern they discovered of not responding well to lithium, he won’t start them on the medication. By making this decision, he hopes to prevent those patients from having to endure some of the difficult side-effects associated with lithium.

The heterogeneity measurement technique — inspired by the work of ecologists, economists, and physicists — developed by Dr. Nunes is enabling him to continue his research to improve the treatment of patients with bipolar disorder and other mood disorders.

“Anything that will bring us closer to being able to understand what these conditions really are will help us to treat individual patients more precisely,” says Dr. Nunes.

Capt. Wagner is hopeful Dr. Nunes and other researchers will continue to make strides in psychiatric medicine, to better help patients who are suffering the way he knows Ruth did.

Fortunately, in the last decade of her life, Ruth found some relief from bipolar disorder after she started seeing a young psychiatrist at the QEII, who took a keen interest in her care. She was prescribed new medication and her life improved. Instead of spending hours curled up on the couch, she played cards and enjoyed time with her friends and family.

“This is a worthwhile scholarship,” says Capt. Wagner. “I felt I had to do something.” 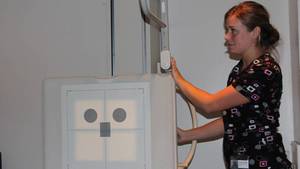 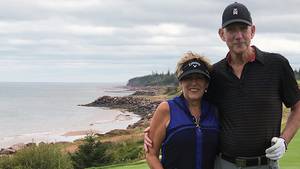 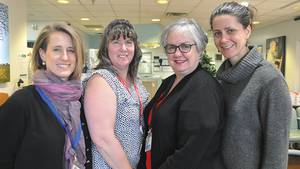 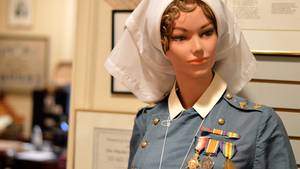 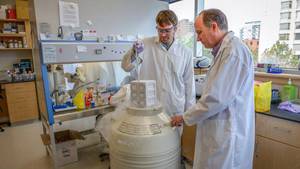