$420,000 donation from Bell Let’s Talk to the QEII Foundation to bring a life-changing brain stimulation technique to Nova Scotians living with depression 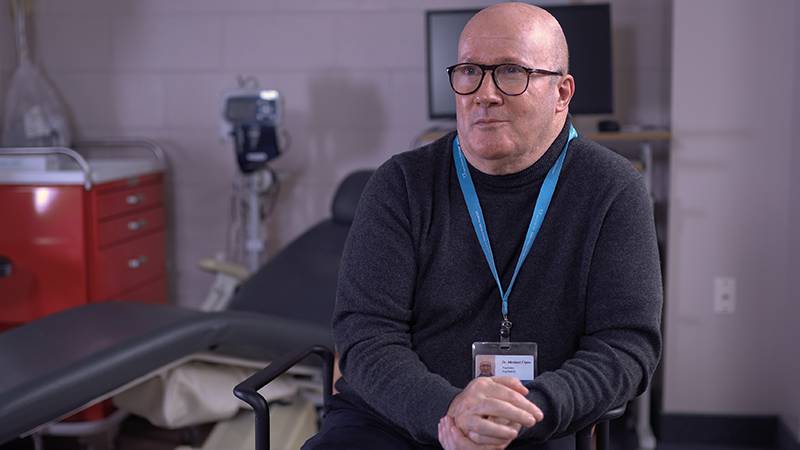 Dr. Michael Flynn, a psychiatrist at the Nova Scotia Hospital, is grateful for a generous $420,000 donation from Bell Let’s Talk that will bring repetitive transcranial magnetic stimulation (rTMS) — a type of brain stimulation for treating symptoms of depression — to Nova Scotia this spring.

At first glance, the chair is nothing special to look at. It reclines and offers head support — much like a dentist’s chair.

But this is not an ordinary chair and you won’t find it at your hygiene appointment. This is an rTMS chair — used in conjunction with advanced technology and magnetic coils that deliver what can be a life-sustaining treatment. An innovative, evidence-based treatment called repetitive transcranial magnetic stimulation (rTMS).

rTMS is a type of brain stimulation for treating symptoms of depression. The recipient sits in the chair, resting their head in a position that allows a healthcare provider to access their scalp, gently applying specialized paddles that deliver magnetic pulses through coils.

The magnetic pulses stimulate target areas in the brain to alleviate symptoms of depression. Just like an antidepressant medication, it has the power to change neuronal activity.

We often hear people use the term “depression” to describe feelings of sadness or even disappointment. For a psychiatrist, like Dr. Michael Flynn of the Nova Scotia Hospital, the term describes something very different.

“Living with depression is almost like the opposite of rose-coloured glasses and, sometimes, it’s very difficult to appreciate anything that might be remotely positive in a situation,” says Dr. Flynn.

“It can extend to the point where one’s ability to attend to things in a reality-based way becomes shifted, so that people can feel persecuted or paranoid in a way. There may be times when the symptoms can be so severe that they contemplate that it’s not worth continuing on living in that way,” he says.

In any given year, five per cent of Nova Scotians will experience major depressive disorder. A third of them will not respond to standard approaches, including medication. For these individuals, introducing a new treatment option, like rTMS, offers hope.

“If you’ve known anybody with treatment-resistant depression, suffered from depression yourself or even heard it discussed, you know how bleak it can be. And when one has gone through a number of treatment approaches, each new treatment approach that is not successful is another dashing of hopes,” Dr. Flynn says.

“When you have something else to look at, with established efficacy, you’re looking at improving the lives of people you might not have been able to address before. That’s what rTMS offers and it’s certainly very exciting.”

rTMS is not to be confused with electroconvulsive therapy (ECT), a stigmatized but highly effective treatment for depression. During ECT, an electric current is used to induce a seizure.

Painted as barbaric in popular culture, ECT is, in reality, common practice — and not at all like the violent portrayal in the classic movie One Flew Over the Cuckoo’s Nest, where Jack Nicholson’s character receives ECT following a psychiatric admission.

In real life, it is an easily managed, evidence-based approach for treatment-resistant depression. Clients are given general anesthesia and a muscle relaxant so the procedure is much less intrusive.

“For a usual treatment path, if you’re not responding to medications or psychotherapeutic input, you would then move on to electroconvulsive therapy. rTMS provides an intermediate step that folks could go to before necessarily going on to ECT,” says Dr. Flynn.

rTMS could be likened to a less-invasive sibling of ECT. It involves less disruption to daily life, as no anesthetic is required. With ECT, clients can experience short-lived memory loss and require close monitoring after the treatment, even at home.

As for rTMS, you would hear a “tapping on the skull” that can be loud for the client, but the worst that can happen later on is a headache.

A typical rTMS treatment can be as short as three minutes and up to 40 minutes.

“After treatment, people go back to work or on with the rest of their day,” says Dr. Flynn. It’s fast, safe and effective, making it a much sought-after treatment in Canada for those who don’t respond to — or can’t tolerate — medications.

Dr. Flynn says he and his colleagues have been faced with barriers establishing rTMS care in Nova Scotia, as it’s not just a matter of funding technology, but having the proper infrastructure, including staff training, to make it happen. They’ve had their eyes on offering the service since Health Canada approved rTMS in 2002.

Now, a $420,000 donation by Bell Let’s Talk is making it all possible. The gift brings the QEII Foundation’s $759,000 fundraising campaign for rTMS treatment to the finish line.

“The generous donation from Bell Let’s Talk to the QEII Foundation is allowing us to take the first step towards setting up a provincewide rTMS program,” he says.

Until now, rTMS has only been offered in a private clinic in Halifax. With a typical treatment course involving near-daily appointments over four to six weeks, it gets expensive fast, costing clients upwards of $3,000. With donor support, individuals will be able to access this life-changing treatment in a public hospital for free.

Kelly Barry is the health services manager who will oversee the neuromodulation program at Nova Scotia Hospital, where both ECT and rTMS will eventually be offered in Dartmouth. She witnessed firsthand what rTMS can offer while working in an Alberta hospital in a previous role.

“I believe this will be a welcome development in Nova Scotia,” she says. “We are all just excited to be able to offer the most for our clients — and within public health care. Accessibility is so important.”

Thanks to generous donors, like Bell Let’s Talk, Nova Scotia’s new rTMS program will launch this spring, with treatments being offered at both Nova Scotia Hospital and Valley Regional Hospital to start.

“To Bell Let’s Talk, I would like to say thank you from the bottom of my heart. You have made this treatment accessible,” says Dr. Flynn. 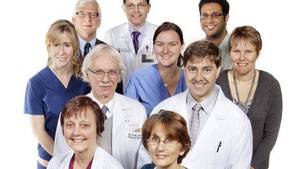 .main-image { display: none; } The QEII’s neuroscience team is working together to prevent, treat and cure neural and sensory... 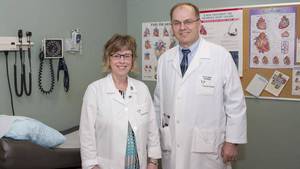 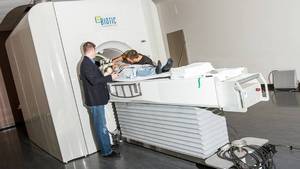 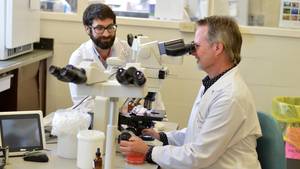 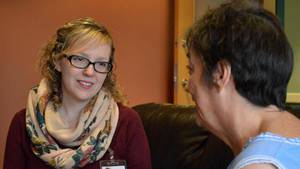