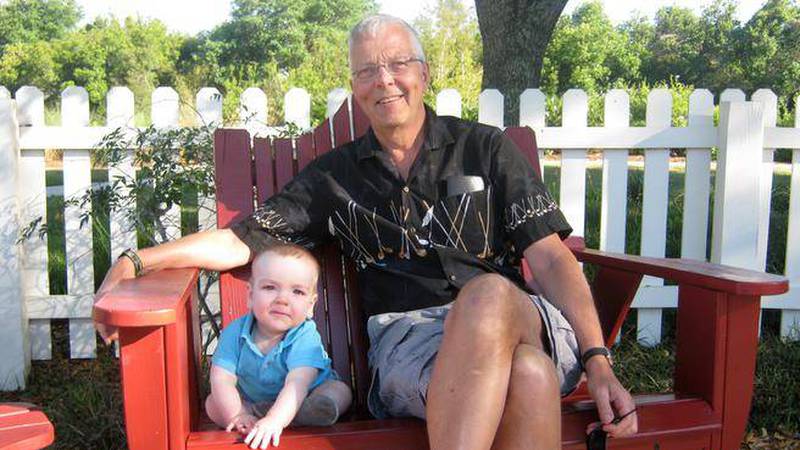 Living with a rare blood disorder, Ron Ternoway credits the QEII’s Hematology Clinic for saving his life. Today, Ron enjoys being active and spending time with his family, like grandson Marshall. (Contributed)

In 2006, 55-year-old Ron Ternoway began to experience blurred vision, body numbness and crippling fatigue. A year later, he was diagnosed with Waldenström’s macroglobulinemia, an extremely rare disorder which causes lymphocytes and plasma cells in the bone marrow to become cancerous, stifling production of normal red cells, white cells and platelets. Anemic and with a compromised immune system, Ron could no longer work.

Over the next seven years, Ron received a series of treatments and drugs at the QEII’s Hematology Clinic with little reprieve. By 2013, he’d become reliant on continual and physically-taxing blood transfusions.

Ron’s fortunes improved dramatically when he connected with Dr. David Macdonald, a QEII hematologist. On December 17, 2014, he received his first treatment of a drug being tested in a clinical trial. Within a month, Ron’s hemoglobin count was out of the danger zone. He stopped taking harsh medications like prednisone and was liberated from his dependence on transfusions.

“We see a lot of malignant hematology and, with our aging population, more and more older patients with blood cancers,” he says. He also notes that patients who were once seen as “too old or too frail for treatment” now have a reason to be optimistic thanks to the recent advent of “gentler” treatments.

Similar observations are echoed by Dr. Sue Robinson, a general hematologist who leads clinical trials in chronic lymphocytic leukemia as well as the Bleeding Disorders Clinic. According to Dr. Robinson, the exclusive resources of the Hematology Clinic account for the volume of services provided.

“We treat bleeding disorders, thrombosis, and all aspects of hematologic malignancy. We have bone-marrow patients from New Brunswick and allogeneic transplants from across Atlantic Canada, particularly Newfoundland. Although the majority is malignant, we also see benign conditions, which are equally challenging and life-threatening.”

According to Dr. Macdonald and Dr. Robinson, close ties between departments and programs at the QEII are essential to improving treatment options for patients. This is especially true for apheresis treatment, which uses a blood-collecting centrifuge to separate platelets, stem cells, leukemia cells, plasma, as well as white and red blood cells. After the required elements are collected for testing and analysis, valuable components are then returned to the patient, lessening their physical burden.

“This is becoming a therapeutic option for all kinds of diseases,” Dr. Macdonald says.

Research also plays a critical role in keeping the Hematology Clinic at the forefront of patient care.

“In several research programs, we are top researchers in Canada and often internationally,” says Dr. Robinson. “This allows us to be in contact with world leaders in research. Another big advantage is that we’re a relatively small group. We have benign and malignant hematology together and we do all of our clinical trials together. That’s a major strength.” Dr. Macdonald says, “Our research provides patients with access to exciting new treatment options that they wouldn’t otherwise have access to.”

He elaborates by saying “each member of our division has a specialized focus of interest and is considered a thought leader locally, regionally and nationally. Everyone has a profile on a national level, which leads to invitations to collaborate on national guideline developments, advisory boards, and organizations like the Canadian Cancer Trials Group. This allows Nova Scotians to have access to the newest treatment options in all of hematologic disorders, both benign and cancerous.”

It’s these unique attributes that Ron credits as live-saving.

“My grandson, Marshall, will be one year old on Canada Day. When my daughter told me she was pregnant, I was in such ill-health that I thought I would never meet my new grandchild. Now, thanks to the clinical trial offered by Dr. Macdonald, I expect to be at his high school graduation.”

Ron is now a positive, energetic, 65-year old who carries his grandchildren on his shoulders for blocks, swims and walks three to five miles every day. For Ron, the miraculous turnaround afforded to him by the QEII’s Hematology Clinic is nothing short of priceless. 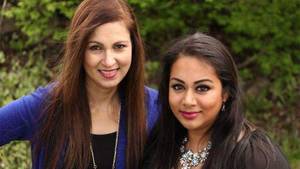 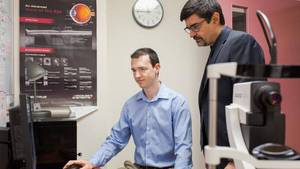