Unique device at the QEII aims to advance patient care 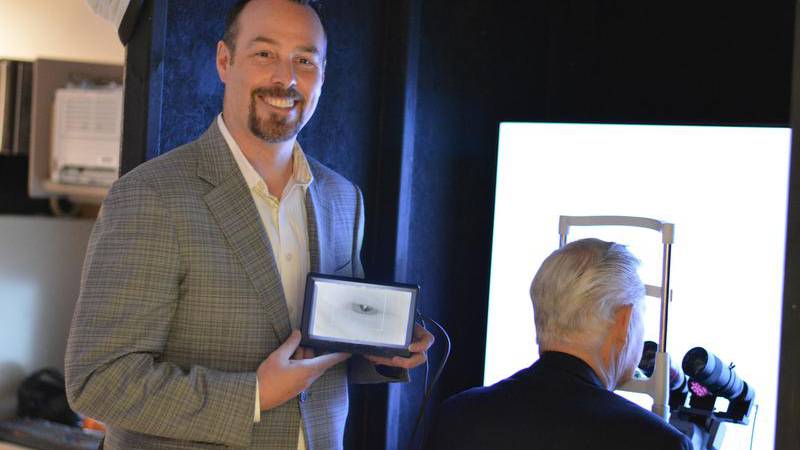 As Charles Rutt (right) looks into the glaucoma detection device, Dr. Brennan Eadie (left) displays the image of Charles’ eye. Funds for this unique device were provided by the QEII Foundation, thanks to generous donations from Charles and his team at the Royal Arch Masons of Nova Scotia and Newfoundland. - QEII Foundation

Physicians and researchers at the QEII Health Sciences Centre are piloting a new eye-testing device that could improve the detection of glaucoma.

QEII ophthalmologist, Dr. Brennan Eadie, designed a new device that uses virtual reality-like technology to detect glaucoma earlier than traditional tests. Dr. Eadie’s goal is to improve the accuracy and comfort of visual field testing — the most important test in the diagnosis and on-going care of patients with glaucoma.

The traditional test for glaucoma requires patients to sit perfectly still for 10 to 15 minutes while they stare straight ahead, watch for flashes of light and then click a button when they see the flashes. The data from the test helps physicians learn how far the disease has spread in the patient’s field of vision.

The technology being developed by Dr. Eadie and his team of researchers allows the patient to wear a custom-made, virtual reality device while sitting comfortably in a chair. In addition to being more comfortable, the new test is being designed to take less time and produce more reliable results.

The equipment is unique to the QEII and was custom built for Dr. Eadie’s research.

“As the patient moves their eyes toward the lights, it tracks their eye movements,” says Dr. Eadie. “Every millisecond, we know where the eye is and can use that information to try to improve our diagnostic testing.”

Dr. Eadie is testing the device with patients this fall and hopes that the results show promise for this approach to visual field testing. The new device has the fastest eye-tracking that has ever been used for visual field testing. Dr. Eadie says the eye-tracking hardware and software will detect when a patient looks toward a light stimulus, eliminating the need for the patient to press a button.

Dr. Marcelo Nicolela, the head of the Department of Ophthalmology & Visual Sciences, says this new equipment could be an important improvement to help people with glaucoma, but also people who’ve had strokes or have multiple sclerosis.

He says the new device is easier for patients to use, which will be especially helpful for the many elderly people with limited mobility. “We could potentially be testing several patients in one room, each with their own device,” he says.

It could lead to earlier detection of glaucoma, too, which Dr. Nicolela says is important.

“About 50 per cent of people with glaucoma don’t know they have it,” he says. “When patients realize they have a problem, it’s too late. When you have more accessible devices, it’s easier to test and potentially use the device as a screening tool.”

Glaucoma research and the development of this device has been supported through generous donations from the 500 members of the Royal Arch Masons in Nova Scotia and Newfoundland, through the QEII Foundation.

“I was utterly amazed,” says Charles Rutt, the chair of the Royal Arch Mason’s glaucoma committee, after testing the device himself.

Charles says the Royal Arch Masons have been specifically fundraising to support glaucoma research at the QEII since the mid-1990s. The collaboration between the Masons and the Department of Ophthalmology and the QEII Foundation led to the funding of Dr. Eadie’s new device. Charles says the Royal Arch Masons are delighted to see the research progress.

“What a wonderful feeling that we’re doing something that will help many people.” 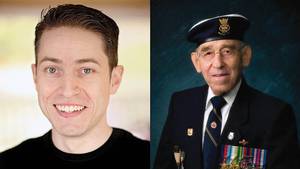 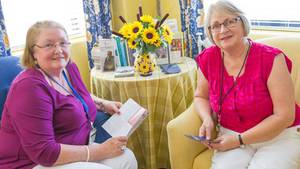 Painted blue and yellow with natural light streaming in, the QEII’s Sunshine Room looks more like a room you’d find in a home, not in... 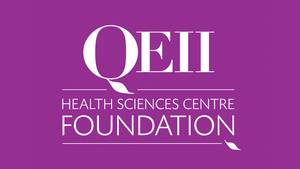 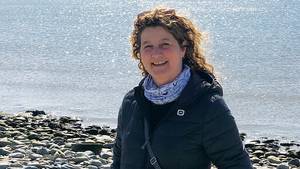