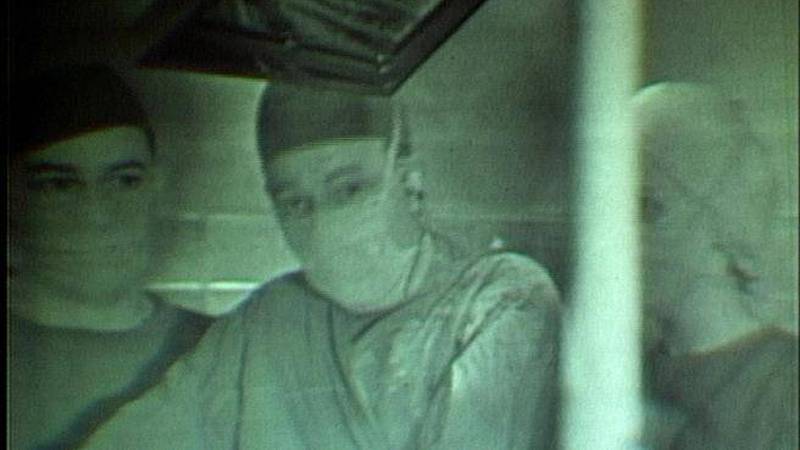 There are many ways to leave a lasting legacy: by reaching a remarkable achievement, leaving a charitable gift, being a positive influence on the people around you, or by being very good at what you do.

Dr. Ed Kinley Jr. was able to accomplish all of the above, and more, during his time at what’s now the QEII Health Sciences Centre. When he passed away in January 2015, his legacy began to resonate even stronger.

“His accomplishments are many and diverse. As a heart surgeon, he was a heart surgery pioneer in Halifax ,” says Dr. Gregory Hirsch, a colleague of Dr. Kinley. “Heart surgery was a new thing in the 1950s – it was very risky – and he went to the Cleveland Clinic, the place that had pioneered bypass surgery. Ed went there, learned from the best and brought that technique back here.” He further developed his technique in Birmingham, England on a McLaughlin scholarship.

Dr. Kinley, with the help of his cardiac surgery team, also developed the province's first Intensive Care Unit at the former Victoria General Hospital. A commitment to medical practice, education and advancement in patient care is what Dr. Hirsch says characterizes his former colleague.

“Ed was a surgeon and a scientist at a time when that wasn't very common,” says Dr. Hirsch. “He saw it as part of his job, being in a university centre such as this, to not only be providing the best care he could for patients, but also discovering new treatments and how to make treatments better.”

Dr. Kinley’s son, Dr. Eddy Kinley III, believes his father’s emphasis on learning was one of his strongest qualities.

“He was a big believer in education – he was committed to ensuring the nursing staff and anyone involved in this medical field had the best possible training,” says Dr. Kinley III. “He thought that education was a right that everybody had, and that everyone should receive an adequate education. For him the way to get ahead in life was to receive an education and work from that.”

Dr. Kinley pushed to gain funding for a nurse specialist to be placed at the former St. Patrick's High School. As Dr. Hirsch explained, Dr. Kinley believed adequate treatment for youth health and mental health would facilitate better learning. Public health and education proved a passion that he would pursue his entire life.

Dr. Kinley III recalls his father always stressing that he wanted his children to have a secondary education – he supported whatever field they chose to study in, as long as they strived for education.

Dr. Kinley’s biggest contribution to education may reside in the opportunities he gives to future medical students – The C. E. Kinley Bursary at Dalhousie University is awarded annually to a first-year African or Aboriginal Nova Scotian medical student. His last request was to extend this funding to include new student research initiatives to support scholarship and medical science.

“My father truly believed in helping others become the most knowledgeable people – whether in the medical field or not – they could be,” says Dr. Kinley III. “That he set up funding for future students to have help in accessing that knowledge is a testament to his beliefs.”

It’s fitting that Dr. Kinley had such support for medical learning, as the QEII is a teaching hospital in a city with a medical school. But for all the work Dr. Kinley did in advancing cardiovascular research and treatment in Nova Scotia, you wouldn’t know it upon meeting him. He was a humble man.

“Ed was not focused on the accomplishments he reached; he saw his mission every day to be of service to the patients of this province, his colleagues and the medical field in general,” says Dr. Hirsch. “I don't think he even thought about the fact that he ran the first ICU in the province. He wasn't a self-promoter, and those are the kind of people that accomplish the most.

“For Ed, his work days began and ended with the patient – that's what he was always about: he was a great advocate for every new patient that arrived, and always showed tremendous caring and support.” 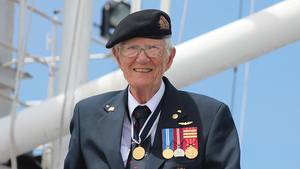 For those who know Lieutenant-Commander Sherry Richardson, the term ‘legend’ is no exaggeration.   She obtained her... 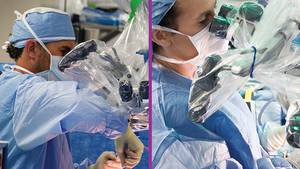 A new drug is lighting the way during glioblastoma brain tumour surgeries at the QEII Health Sciences Centre.   In September 2020, Health... 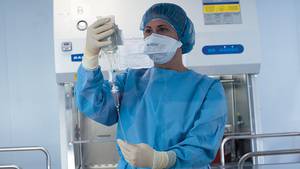 NEW – ‘Everyone is very grateful for the new space’

NEW – ‘Everyone is very grateful for the new space’

Between 100 and 150 lifesaving doses of systemic therapy are prepared for cancer patients at the QEII Health Sciences Centre every day. Now, that... 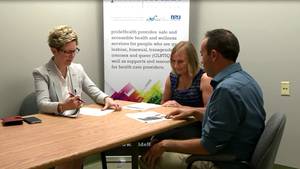