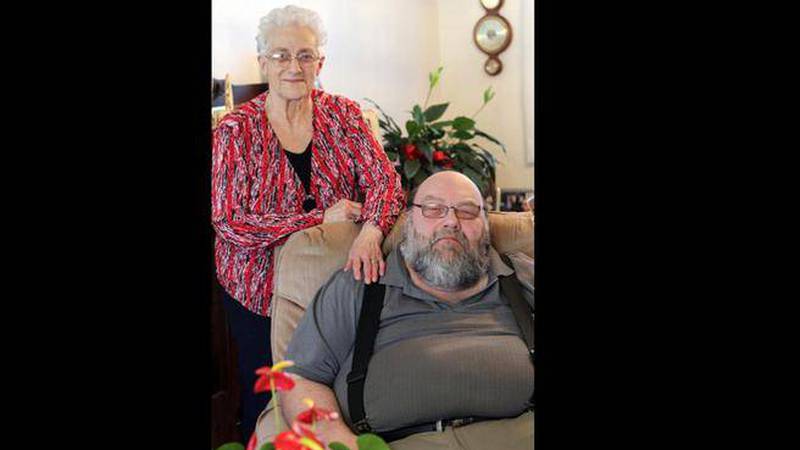 In 2004, Wade Mason (sitting) was diagnosed with necrotizing fasciitis, or flesh eating disease. After receiving life-saving care at the QEII, Wade is grateful for every day, including time spent with his mother, Kathryn Mason (standing), at their home in Charlottetown, P.E.I. (Zack Metcalfe)

Wade Mason of Charlottetown, P.E.I., went from the mild discomfort of a supposed flu to fighting for his life in a few short days, saved only by the swiftness of a QEII surgeon’s scalpel.

The day was October 1, 2004, when Wade went from under-the-weather to unable to stand, his breath impossible to catch and his stomach turning violently. He was taken to hospital by ambulance where he spent days enduring ineffectual antibiotics, his condition worsening, punctuated by the swelling of his abdomen and the appearance of small, red sores across his belt line. This prompted his swift departure for the QEII in Halifax three days later, a team of surgeons waiting for him.

“I was scared to death because I didn’t know what was wrong with me,” says Wade, recounting his prep for surgery. “They told me I had a 40 per cent chance of survival.”

Necrotizing fasciitis, or flesh eating disease, is a very uncommon affliction as well as unpredictable, addressed by the QEII perhaps a handful of times each year, according to Dr. Shelly McNeil, QEII infectious disease specialist. While this particular affliction has a variety of causes, the most common is when the bacteria behind strep throat (Group A Streptococcus) get where they shouldn’t, specifically the body’s soft tissue. Once there, this bacteria produces a toxin which kills surrounding tissue, spreading with frightening rapidity.

"It’s fairly unpredictable who is going to get this infection,” says Dr. McNeil. “Most people experience a rapid onset of fever and pain in whatever area is infected, then a progression of redness and tenderness. This is a rapidly fatal infection unless the diseased tissue is removed. It’s scary for all of us involved. This is one of those diseases we come in the middle of the night for.”

If the disease manifests in a limb, surgeons will do their best to save it by removing non-vital tissue, but in an operation where every second counts, amputations are at times unavoidable. In cases such as Wade’s, however, when it manifests in the abdomen, amputation simply isn’t an option. This disease was fast destroying the cells of his belly when surgeons began removing tissue, trying desperately to stop the spread before it reached his organs.

Following the life-saving surgery which removed 35 pounds of tissue, Wade stayed in the QEII for a month to make sure he was free of infection. In November, he returned home and began his recovery.

“Halifax ... nothing but the best over there,” says Wade. “Nurses were fantastic, doctors were fantastic. They couldn’t do enough for me and, well, if it weren’t for them, I wouldn’t be here today.”

At present there is no remedy for flesh eating disease other than the combination of antibiotics and surgery, but Dr. McNeil says that might soon change. A vaccine against Group A Streptococcus has been developed in the United States and is in the early stages of clinical trials across Canada. Taking on most of this research is Halifax’s own Canadian Centre for Vaccinology, at which Dr. McNeil serves as an investigator.

The goal of the vaccine, she says, is primarily to combat strep throat, which is responsible for numerous healthcare visits and costs. But the vaccine will also serve to eliminate the rare yet serious complications associated with Group A Streptococcus. Their work still has a ways to go, but in time, it could make flesh eating disease a thing of the past. 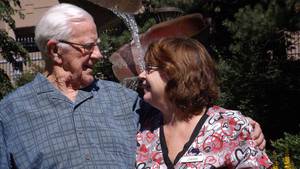 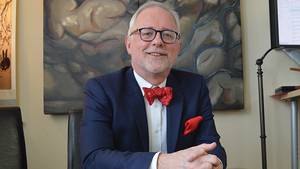 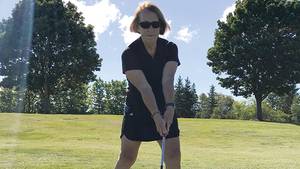 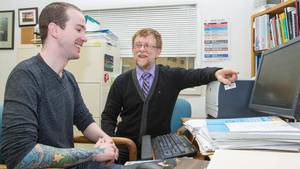 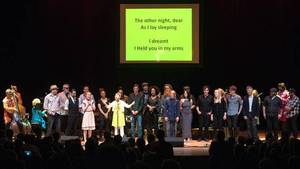