Innovations in ENT at the QEII Health Sciences Centre 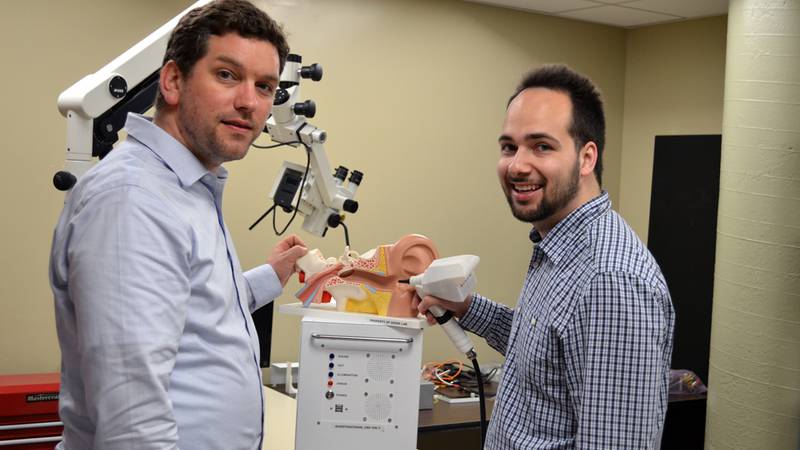 Working together, researchers, engineers and physicians at the QEII Health Sciences Centre have developed a solution they believe will help specialists to better treat patients who have suffered a ruptured eardrum.

Dr. Morin, along with the QEII’s ear, nose, throat (ENT) team, has found a way to make the eardrum optically transparent by applying optical clearing agents, allowing ENT specialists and researchers to see through the eardrum in microscopy.

“It doesn’t go completely transparent, but it is adequate to see enough of the middle ear,” says Dr. Rob Adamson, a biomedical engineering professor at Dalhousie and a QEII researcher.

The new solution is complementary to the QEII’s novel middle ear optical coherence tomography (OCT) work, which gives clinicians a close-up view of the ear’s inner workings. OCT was originally developed for retinal imaging, where it is still widely used. But doctors and biomedical engineers at the QEII recently developed a microscope to see into the middle ear by sending a laser beam down the ear canal and through the eardrum. The new imaging device can provide three dimensional views of the middle ear, allowing ear surgeons to see more than they were previously able to see outside the operating room.

Despite the progress, the ENT team discovered a new problem. They couldn’t get a good OCT image of the middle ear in patients who had already had ear surgery to repair a hole in their eardrum. A perforated eardrum is a common problem caused by anything from a concussion to inserting an object, such as a cotton swap, too far into the ear. When Dr. Adamson and his team learned of the problem, they got to work to find a solution for ENT specialists.

In December 2017, Dr. Morin had a eureka moment while investigating biocompatible agents that could be used to improve the transparency of the cartilage in the middle ear. He discovered a combination that when applied to the cartilage tissue, the transparency substantially increased, allowing clinicians to then get a good image of the middle ear. While still in development, the results they have seen during research are promising.

“Nobody has tried this before,” says Dr. Adamson.

While the biochemical agents they used in testing are considered safe and are already used in other eardrum solutions, they have never been used in this context, explains Dr. Morin. So far, he has tested the solution on pig tissue and cadaver models. The next step is to get ethics approval to try it on patient volunteers. Dr. Adamson is hopeful they will receive approval by next year.

In the future, Dr. Adamson sees the biomedical agents being applied to the cartilage tissue in a patient’s ear about 30 minutes before they are seen by their ENT specialist. In that time, the opaqueness of the middle ear will have cleared, giving surgeons a better view and more information to make their clinical decisions.

Dr. Adamson, who received $700,000 in funding from the Natural Sciences and Engineering Research Council of Canada to work on OCT imaging, says discovering the application of the biocompatible agents grew out of his larger imaging work.

Having Dr. Morin, a recent medical graduate, on his team was invaluable to finding a solution to this problem facing ENT specialists, says Dr. Adamson. Dr. Morin echoed his sentiments by praising his engineering colleagues. 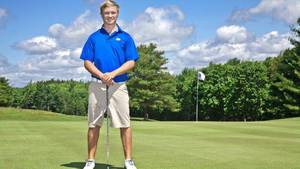 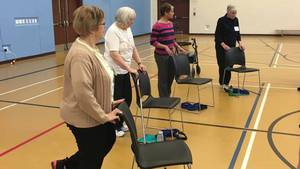