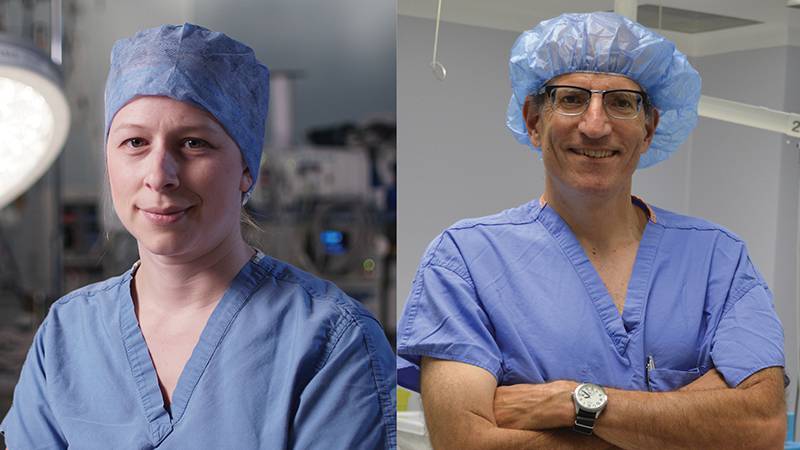 The late Peter Kohler was a champion of many philanthropic causes in our region, including heart health at the QEII Health Sciences Centre. A co-founder of Kohltech Windows and Entrance Systems, Peter’s commitment to giving back to his community ran deep, as he wanted to support the care and research provided by the same heart health teams that cared for himself and his family.

When asked to describe the business legend and heart health supporter, his cardiac surgeon, Dr. Greg Hirsch, had a simple answer. “Peter created impact and he wanted to change the world.”

Nowhere is that more evident than in the new, cutting-edge initiative ignited by Peter’s support — a $1-million gift for thoracic aortic aneurysm research that he arranged before his passing in 2019.

Thoracic aortic aneurysms, or TAAs, are known as a silent disease. With few warning signs or symptoms, they are often discovered by accident when patients are undergoing tests and scans for other conditions.

A TAA is a weakened area in the wall of the aorta, which is the main artery that carries blood from the heart to the rest of the body. This weakness causes a dilation (or bulging) within the chest area. Depending on its size and location, a TAA may rupture or tear, causing life-threatening internal bleeding or sudden death.

“For those whose TAAs are detected, care teams often rely on a ‘watchful waiting’ approach, where they closely monitor the shape and size of a patient’s aneurysm to determine if surgery is required,” says Dr. Christine Herman, QEII cardiac and vascular surgeon and research lead of the $1-million initiative.

Treatment options are few, limited to either slowing the progression of TAA growth with aggressive blood pressure management or open-heart surgery to prevent rupture, which often comes with significant risks for the patient.

“Monitoring is really the only tool available in our arsenal to help prevent a highly fatal event,” says Dr. Herman. “But even then, we don’t know the factors that influence what and when TAAs rupture and tear.”

The critical TAA research funding provided by Peter and the Kohler family aims to change that. Armed with the family’s generous support, a newly established research team — including the QEII’s Dr. Christine Herman, Dr. Kishore Pasumarthi, Dr. Jeremy Wood, Dr. John Sullivan and more — are on a mission to investigate the genetic clues behind TAAs.

The goal of this novel research is to help identify genetic biomarkers (or signs) to detect TAAs earlier, better predict TAAs and their disease progression and, ultimately, identify new treatment options.

According to Dr. Hirsch, the multi-year project at its heart aims to “make some progress towards understanding TAAs, determine if we can halt the progression of these aneurysms, stabilize them and, perhaps most importantly, know when and whether to intervene with surgery.”

For the research team, they hope some of these answers lie within a patient’s genetics. A critical component of this work will involve analyzing aortic tissue samples from Nova Scotians living with TAA at various stages of their disease and comparing it against samples from healthy subjects.

TAAs are incredibly complex and, to-date, there have been limited research efforts and funding across Canada dedicated to their diagnosis and progression. As part of this leading-edge research, the QEII team will collaborate with TAA experts at Toronto General Hospital Research Institute and New Brunswick Heart Centre to hone in on this silent disease at a national level.

“Research starts with asking the tough questions,” says Dr. Hirsch. “And whether we’re ultimately able to prove our initial predictions or not, the ability to investigate the answers with dedicated research funding and a collaborative team of clinicians, scientists and students is massively important.”

For Dr. Herman, the importance and potential impact of this research cannot be understated.

“Between our Maritime Connective Tissue Clinic and the Aortic Clinic, we see thousands of Maritimers living with TAAs and their loved ones who we’re actively screening, as it can run in families,” says Dr. Herman. “If the aneurysm ruptures, it can be deadly, so the anxiety felt and experienced by families affected by this condition can be incredibly high.”

Nova Scotia data suggests that almost 50 per cent of patients with TAA rupture or dissection will die before they reach the operating room. With no available cure and the incidence of TAA on the rise, now more than ever, research is paramount.

“There’s no question that this research wouldn’t be happening — or possible — without Peter and the Kohler’s family support,” says Dr. Hirsch. “It’s the first step to uncovering whether we can improve the diagnosis and treatment for future patients.”

It’s this future impact that Susan Mullin, president and CEO of the QEII Foundation, finds so inspiring. For nearly two decades, Peter supported many care areas across the QEII with an emphasis on cardiac and vascular care — a specialty close to his heart.

“As part of Peter’s legacy, his vision for TAA research will have a profound impact on patients in the long term,” says Susan. “His generosity ignites the ability to conduct research that truly leads the country and could, one day, inspire legendary changes to how our teams care for those facing a TAA diagnosis.” 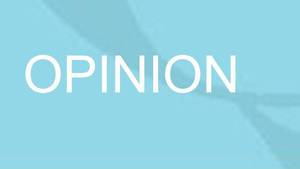 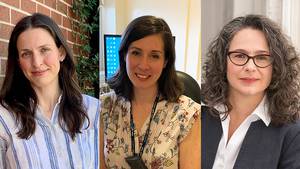 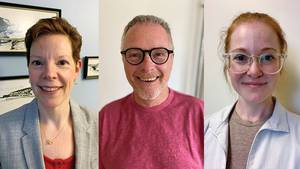 A recent study has shown that patients who participate in a program that teaches how to effectively take their medicine can better manage complex...