Retrain the brain: How a computer game is helping stroke victims recover the left side of the world 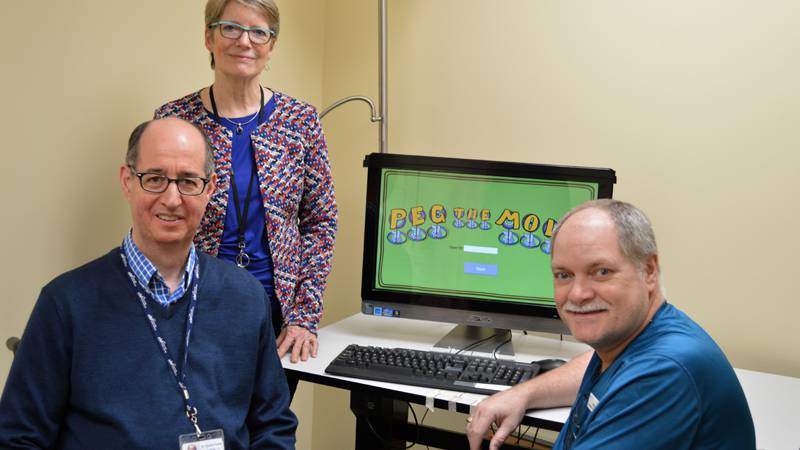 Sometimes a strange thing happens to people after they’ve had a stroke: the left side of the world disappears. And stranger still, many people don’t even notice.

“They may forget to put makeup on the left side of their face, or they may not see the left side of their plate when they’re trying to eat,” says Dr. Gail Eskes, a professor of psychiatry, psychology and neuroscience at Dalhousie University. “You can sometimes say, ‘you’ve missed something on the left,’ and then they’ll find them. That’s another way of seeing that it’s not a vision problem, it’s an attention problem.”

Dr. Eskes has some good ideas about how to treat the condition. She’s collaborating with Dr. Richard Braha, program manager for Acquired Brain Injury, and occupational therapists on his team at the QEII’s Nova Scotia Rehabilitation and Arthritis Centre, to put them to the test.

Dr. Eskes and Dr. Braha are using a 2015 QEII Foundation Translating Research Into Care (or TRIC) grant of $29,346.85 to conduct the Feasibility and Effectiveness Study of Implementing Prism Adaptation as a Treatment for Spatial Neglect After Right Hemisphere Stroke.

The TRIC health care improvement research program supports research that will provide evidence and facilitate the translation of clinical science into improved healthcare policy, service delivery and patient care at the QEII.

Dr. Braha’s team works directly with patients and stresses that the eye itself is not damaged. It’s as if a camera is filming, but nobody is watching the screen.

“It’s not a problem with sensory visual input per se,” he says.

He says some patients don’t even realize they have a problem, while others are acutely aware of it. Either way, it can be incredibly frustrating. Untreated, it can reduce independence, especially if it happens to older people. Driving becomes a real problem, along with an increased risk of falls.

The TRIC grant is bringing researchers and clinicians together to try and figure out exactly what works and on whom. To do that, they’re getting stroke patients to retrain their brains through a fun computer game called Peg-the-Mole.

Sitting before a touch screen, patients wear a pair of goggles containing prisms that shift the wearer’s world to the right of where it actually is. Rows of holes appear on the screen. The patient holds the space bar, a mole pops up in one of the holes and the patient has about a second to touch it.

“Once they’ve put on the goggles, they reach too far to the right when they try to touch the mole. Gradually, the brain begins to learn to adapt leftward to the prisms,” Dr. Eskes says. “The more times they do it, their brain is going to retrain itself to know, ‘this is where I have to reach.’”

When they take the goggles off, their brain holds onto the leftward correction, drawing their attention to the left. In the study, patients play the game for about 10 minutes every weekday for two weeks. It makes a difference for a lot of people, but not all.

“In this study we are also trying to get a better idea about who it helps,” Dr. Eskes says. “We’re taking advantage of the brain’s flexibility with these prisms.”

A big problem today is that assessment practices and treatments vary across the country and around the world. That makes it hard to learn what works and develop best practices. Their study aims to improve just that and help to establish what works for which type of patients.

They hope to have 50 patients through the study by spring 2020. The results should help develop evidence-based treatments for the condition and bridge the gap between research and clinical care. Ultimately, they intend to make the Peg-the-Mole game available on computer tablets so they can give patients goggles and let them practice at home to “reset the brain leftward” when they notice their attention is drifting. 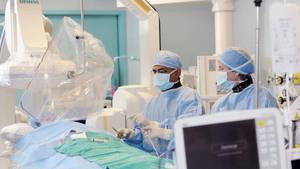 The dramatic improvements Dr. Jai Shankar has witnessed in patients— because of recent advances in stroke treatment—gives him renewed hope for the... 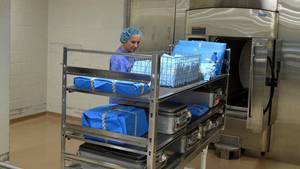